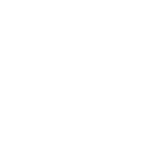 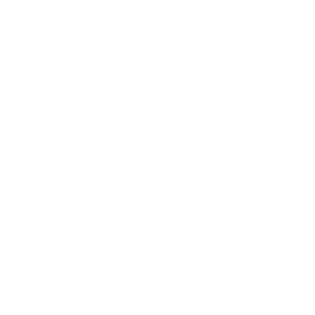 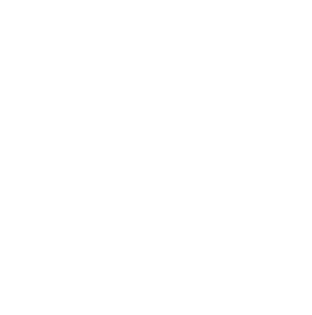 0
To maintain a life, biological cells have incredible capabilities—replication/transmission/replacement of genetic information, catalyzing enzymatic reactions, recognition of molecular targets, and even regulation of molecule transport into andoutofthecells. When looking into this amazing world, it is discovered that “sequence-defined biopolymers”,including nucleic acids (DNAs and RNAs), amino acids (proteins), and saccharides (carbohydrates),are the coreelements of the living cells. Depending on the specific sequence of the biopolymers, they fold into unique 3D nanostructuresthat control a cellular life, and this is one of the essential principles in molecular biology. Based on the fundamental principle, we intend to create highly ‘sequence-controlled’ biopolymers capable of performing valuable molecular functions, using innovative technologies: rational design and Darwinian evolution. With the newly developed molecular materials, we challenge not only the traditional fields of biotechnology such as the development of high-performance biosensors and highly effective therapeutic agents, but also creative and innovative ventures such as implementing artificial cells viasophisticated control of cellular functions, for which emerging syntheticbiology is aiming.
1. Molecular recognition reagent to control a life
Similar with monoclonal antibodies, nucleic acid-based aptamers possess the unique capability to recognize and bind specific target molecules. To date, it has been successfully proven that they can target a broad range of molecules,including proteins, small molecules, metal ions, whole cells, and even viruses, so thatthese synthetic biopolymers have been widely used for medical applications, such as molecular diagnostics and targeted drug delivery. Based on the innovative in vitro selection technology, the target-specificaptamers can be readily created; we can selectively isolate themfrom 1015-16random sequences through the itinerary process of selection and amplification. The ability of the aptamers is not only limited tomolecular recognition. Beyond target binding, they have amazing potential to control a life by modulating cellular signaling pathways. In our laboratory, we are conducting creative studies to control cellular signaling by developing artificial receptor regulators such as synthetic growth factors.
2. Synthetic enzyme as a selective catalyst
The ability of enzymes is striking. They can precisely catalyze thousands of biological processes, from simple molecular synthesis to intricate neurotransmission. Natural enzymes, however, are specialized only for the specific functions required by living organisms, so changing their predetermined behaviors to a desired usage is exceptionally challenging. It is also unfortunate that the production of enzymes largely depends on biological synthesiswhich severely hampers mass production of high purity enzymes. Facing these issues, our group is developing‘synthetic enzymes’ that mimic the efficient enzymatic system: an enzyme selectively recognizes its substrate and creates an optimal structure between the substrate and its active site which later results in a catalytic activity. To generate such synthetic enzymes, not only they are required to be structurally defined and chemically synthesized with a simple purification procedure, but also they should be able to selectively promote specific catalytic reactions like biological enzymes.Great examples of our synthetic enzymes arechemically-synthesizable nucleozymes.Wepreviouslyreported several DNA/RNA enzymes (DNAzyme/ribozyme) capable of performing intriguing catalytic activities (e.g., gene cleavage/ligation and peroxidation) via systematically mimicking enzymes’ modular structure. They are highly valuable in various applications; for example, target-specific catalysis can beused to construct high-performance biosensors, and as a genetic circuit, the nucleozymescan be installed into an artificial organism forthe regulation of gene expression and protein production.
3. Nanomechanical motion-based molecular machine
In addition to target-specific binding and specific catalytic reaction, the sequence-controlled biopolymers can be programmed to conduct nanomechanical motions in response to their environmental changes. Our group is exploring nucleic acid-based molecular machines, in particular, “structure-switching aptamers” that can carry out target binding-induced mechanical motions.Because these molecular machines are composed of naturally-occurring nucleic acids, we can easily insert them into the genome of living organisms. For instance, RNA molecular machines embedded in messenger RNAs can serve as a riboswitch that regulates the gene expression by changing its molecular structure uponabruptchange in the target concentration. With the development of various RNA switches that respond to their corresponding targets, we can ultimately create an artificial cell capable of performingsophisticated functions in a programmed manner. This artificial cell is anticipated to be actively employed for industrial and military purposes as a high-yield microorganism that produces valuable molecules or a living biosensor that survives in field without power supply.
4. Target-selective molecular filtration membrane
Cell membrane, which is an essential component for cellular survival, regulates the transport of various molecules and ions through its own channels, i.e., membrane proteins. Among them, ion channels playa crucial role in controlling physiological functions, such as electrical signal generation, neurotransmitter secretion, and cellular homeostasis, by selectively transporting ions into and out of the cell.Mimicking these natural ion channels, we are creating an unprecedented platform of selective molecular filtration membranes based on molecular recognition. Through our rational design and chemical synthesis of sequence-controlled biopolymers, we can generate artificial molecular channels to build synthetic membranes with selective permeability. When these ion-selective membranes are combined with next-generation ionic devices,the integrated system has great potential to be developed into an innovative biosensor capable of detecting cellular signals in real-time. The selective molecular channels can also be incorporated into liposomes and proteinosomes, and be further developed into a novel therapeutic system with controllable drug release ability.
« Donghwa Lee
Junwoo Son »
목록보기
Powered by KBoard